Coffee experts and novices came together under one roof for an afternoon of tasting, learning and networking. Read more to learn about this dynamic, unique Southeastern coffee festival.

All photos by Jeanne Mitchum. Cover photo by Caylin Lancione.

Sunday, November 13th marked the third-annual Charleston Coffee Cup, an event focused on joining coffee professionals and consumers together for an afternoon of education and caffeination. Roasters and home brewers, baristas and businessmen, college kids and young professionals alike gathered under one roof to connect over coffee. This was Lori DeNicola’s vision when she first dreamed the event in 2014: “I looked around and saw all these food and wine festivals in Charleston, but nothing existed to celebrate coffee. I wanted to build a platform for people to learn from coffee professionals…coffee unites people, and I wanted to recreate that sense of community with the Charleston Coffee Cup.” 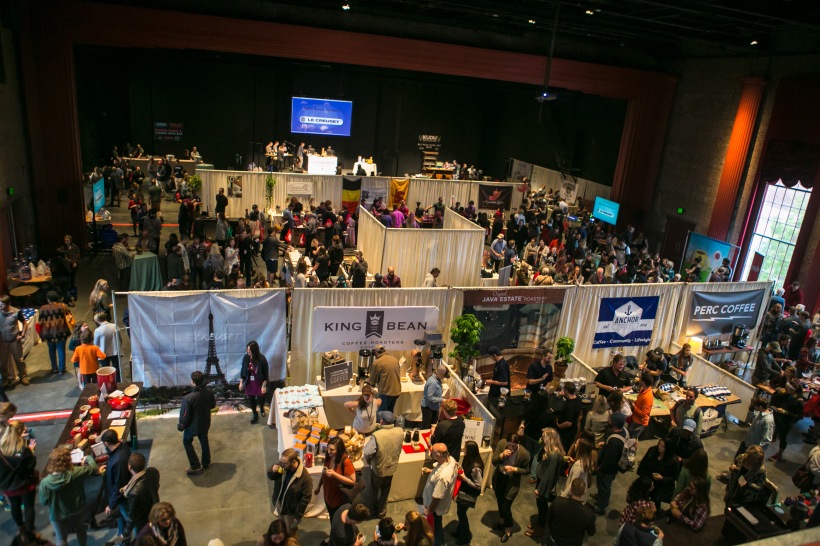 At the start of the day, crowds could be found gathered outside Charleston’s Memminger Auditorium huddling close in the chilly weather, eager to be the first in the door. 100 prize packs from the Charleston Coffee Cup sponsors were waiting for them on the other side: bright red Yelp backpacks stuffed to the brim with gift coupons, locally-roasted coffee samples, almond milk cartons, loose-leaf teas, stickers and pins. Late arrivals also had goodies to look forward to; in order to facilitate the “zero waste” event, each ticket holder was gifted a 3-ounce Le Creuset sampling mug in the color of their choosing (mine was pink, thanks for asking) that they could take home with them at the end of the festivities. 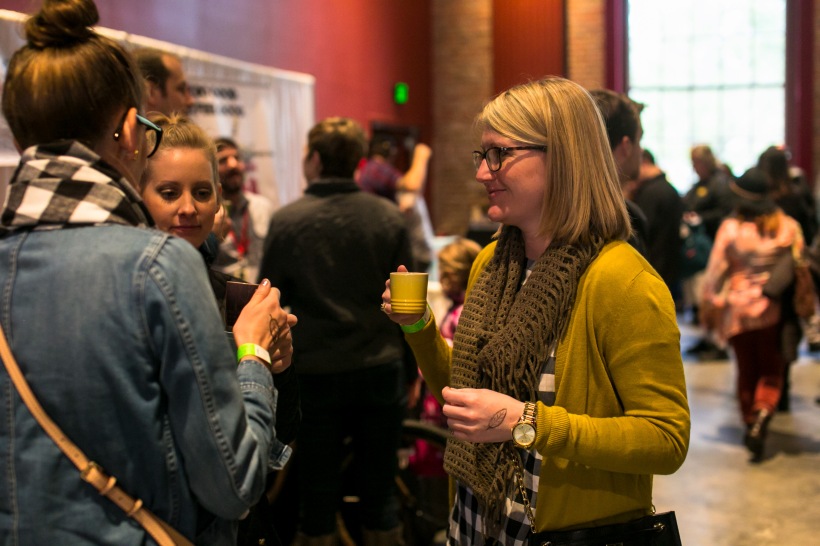 Attendees perused the aisles of booths manned by a smattering of Southeastern roasters, Charleston-based shops and nationally recognized barista-friendly brands. Each booth offered samples and conversation, manned by coffee professionals eagerly answering questions and engaging with the caffeinated attendees. Wandering up and down the aisles, one could hear myriad conversations between roaster and taster. “Would you like the light roast or the dark roast?”  and “Where is this coffee from?” and “Oh, this sample? It’s a semi-washed-lactic-acid-free-range-Ethiopian bean.” 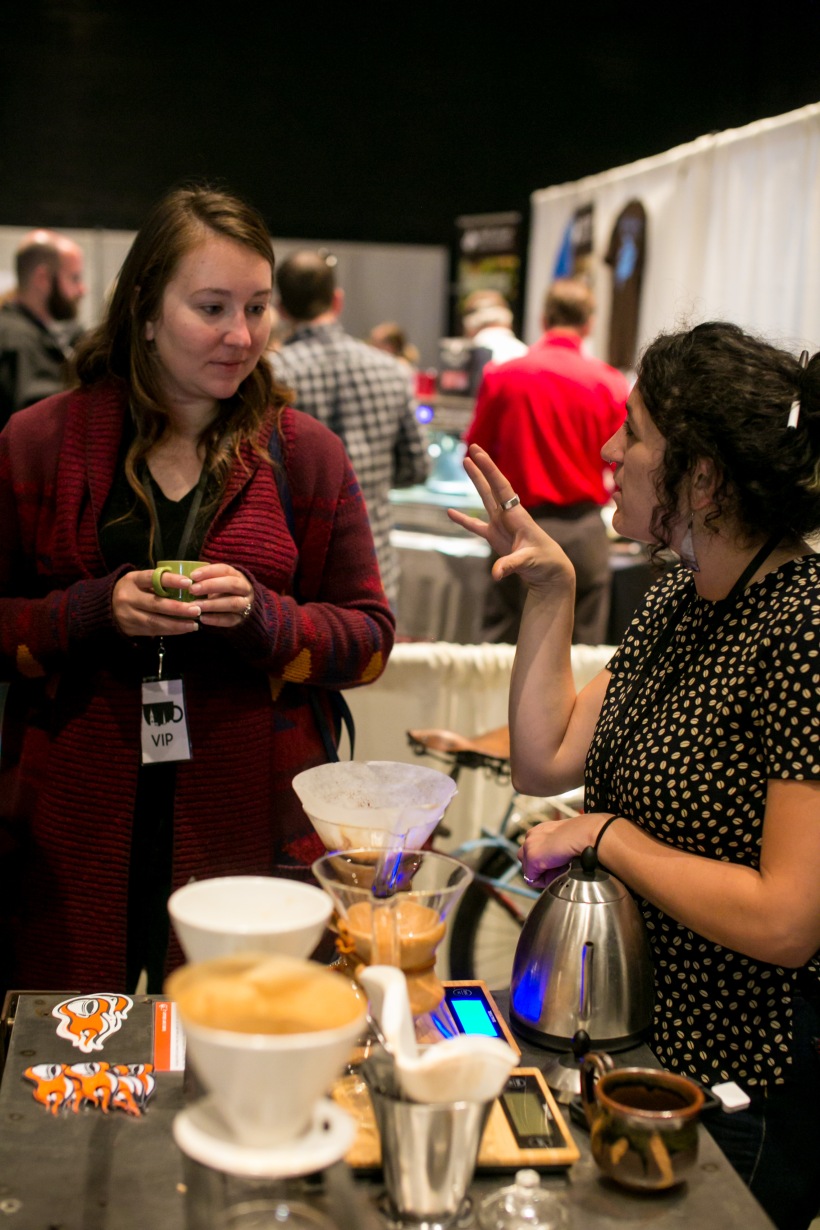 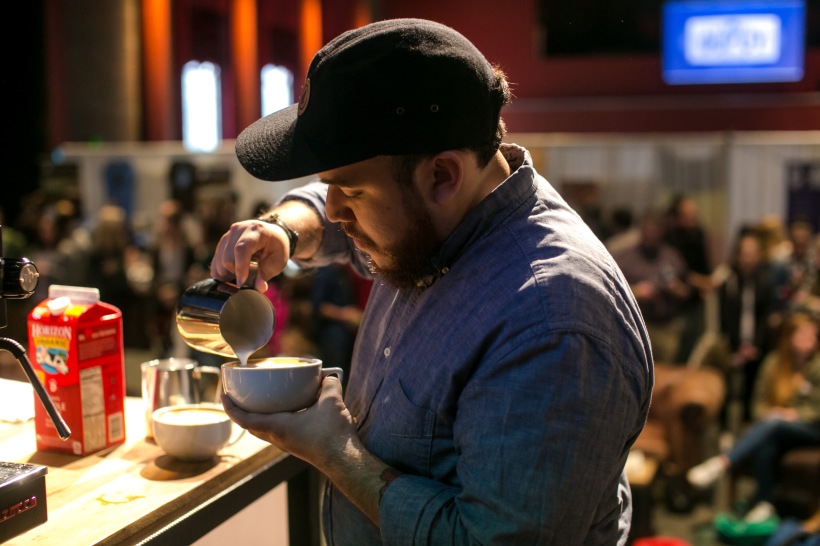 Baristas had a chance to flex their competitive muscles in not just one, but two latte art throwdowns ”one with dairy milk and the other with non-dairy milk. Spectators lounged on the main floor, munching on Belgian waffles as dozens of competitors poured their best designs on a raised stage, occasionally “oohing” and “aahing” at the varied, complex and intricate creations of each barista. Colin Robison of Springbok Coffee won first place in the dairy competition, with Alex Medina of Ally Brazilian Coffee Merchants coming in second. 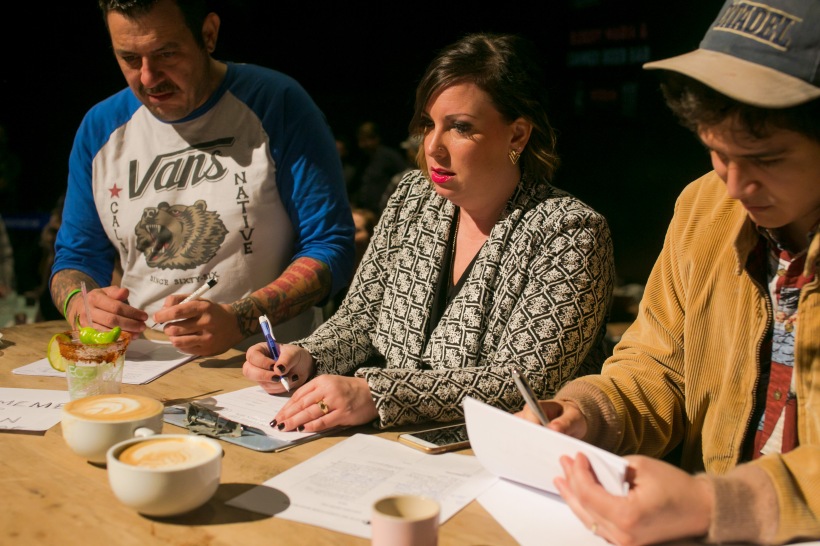 The event concluded with the announcement of the winners of the Roaster’s Competition. In the judges’ blind cupping, King Bean’s Ethiopia Celinga took home the gold (or, in this case, the swanky engraved wooden plaque), earning them a full-page ad in Roast Magazine and bragging rights for the next year. In the “People’s Choice” popular vote, Red Rooster Coffee earned first place for winning over the attendees’ hearts and taste buds.

The Charleston Coffee Cup created a level playing field, a middle ground to taste, celebrate and caffeinate for coffee professionals and home enthusiasts alike. A celebration of coffee and community, this event found a way to blend education, consumer engagement, brunch and throwdowns all into one whirlwind afternoon, proving the Charleston Coffee Cup to be the “ultimate Sunday Funday” indeed.

I'm an SCA-certified Instructor and Examiner, the Co-Creator and Director of Coffee at Undercurrent Coffee and a huge nerd. Other interests include cuddling with my cats, exploring the Carolinas with my husband, binge-watching Netflix and binge-eating Nutella.